If you need to stop in the middle of performing an inspection and want to come back to it later, you can save a draft. Just like with an email, a draft saves your progress and lets you finish later.

How to save a Draft Inspection 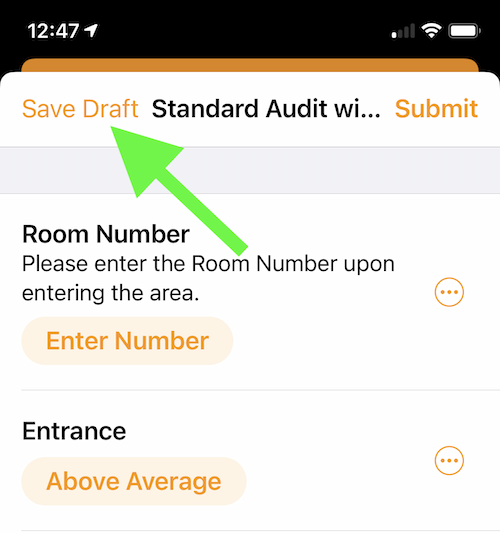 How to re-open (resume) a Draft

You can resume a draft in two ways:

To delete a draft: If you want to start over with a fresh inspection, you can delete the draft. On an iOS device, slide from right to left on the inspection name to reveal the “Delete” button. On an Android device, tap and hold the inspection name to bring up a pop-up that asks you to confirm whether you’d like to delete the draft.
Did this answer your question? Thanks for the feedback There was a problem submitting your feedback. Please try again later.